Friday came to a close as I sat down to eat a stale piece of leftover pizza after making my apartment look like Monica Geller had come to visit.

As I chewed on the pizza, I perused an article about the shelf life of pizza in a refrigerator, on BuzzFeed. Halfway through the article, I realized mine was three days past its date, and I stopped mid-slice and threw it away in frustration.

On Sabbath morning, I was in my bed. My alarm went off, and I looked out of the window and decided it was too early because it was so dark. The truth was it was not early, it was just pre-daylight savings autumn deception mixed with pouring rain.

I had to be on time to teach Bible class. My uterus felt like it was being carved out like a pumpkin, and I was frantic when I fully realized what the time was. I am slow in the mornings. Sometimes, I think I am not fully awake until something on the train platform scares the hell out of me.

I had let my hair air dry into an incomprehensible mess the night before. There is nothing worse than having to stand or sit up when your uterus feels like it weighs 100lbs, so I had not blow dried it. My hair was a mess, and my skin–? Let’s just say I slathered on some foundation and concealer, and for the eyes, I did the easy thing that I do when my hair is insane, dark rimmed, smokey eyes. This hides the exhaustion; it adds mystery; it’s fast; and it’s perfect for those of us who have big, strong dark features.

I slipped some volumizing serum onto my hands and fluffed my unbrushed hair into a beautiful pigeon nest, and approached my closet. The easiest thing to wear when you feel like you are dying is black. There was nothing black that I found appealing. Most of my black professional clothes is structured. The last thing you want to wear when you are bloated like a balloon is a dainty Zara pencil skirt that stops circulation in your lower back, on a normal day.

I opted for a loose, dark wine dress. I slipped on some boots. My legs bare, no tights. This was done out of pure stubbornness. I don’t want to start wearing my permanent second skin too early.

I made sure I had my Bible and ran out of the door with my coat. When I reached the lobby door, I paused to bring out my “lifetime warranty” umbrella, and I hit the pavement running. #bestumbrellaever

Forty-eight degrees suddenly felt colder than I remembered. I was freezing. My legs felt the crisp cold air; they took it numbly. ‘It’s fine,’ I told myself. ‘Just think of all those insane models at the New York Fashion Week that is held in frigid months. They walk around half naked. They make a statement. That is what you are doing. Channel your inner Yasmeen Ghauri. Don’t cry.’

Thankfully, no tears ran down my cheeks. I didn’t check to see if any had frozen onto my skin when I descended into the train platform.

I sat on the train scribbling my last Bible notes into my book. People looked at me like I was insane. I am still not sure if it was the Bible in my hand or my hair, which looked like something Gloria Trevi would write a song about. Or maybe, it was because I kept scanning the train car for an empty seat. I was standing, and felt close to fainting. 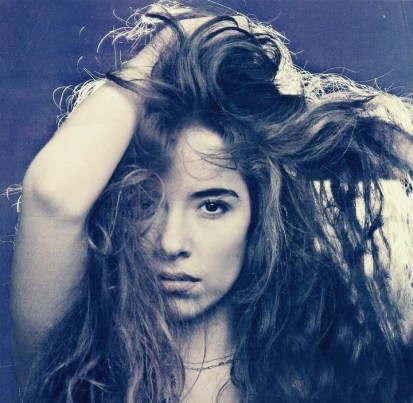 Manhattan was eerily deserted. The rain was coming down hard, and the city, for once, was asleep.

I made it on time. I was dry. I walked around the Upper East Side like a frozen, petite model. I never combed my hair.

I woke up this beautiful Sunday morning to blue skies, trees being blown about and leaves rustling. Not a cloud in the sky at 7am. October is ending. Soon, we will be in a deep Narnia-esque winter.

But for now, we have Gilmore Girls weather. It’s a perfect autumn.

The tights will be coming on, and the boots will be here to stay.

Here is some inspiration for the kickoff:

“Philosophers have hitherto only interpreted the world in various ways; the point is to change it.” Marx

“I am obsessed with becoming a woman comfortable in her skin.” Sandra Cisneros

“Remember, nobody liked Van Gogh’s work, and if nobody likes yours it’s probably a sign that you’re a genius.” Jack Handey

“You work so hard, just to end up at home crying yourself to sleep; remember you’re trying, you are moving mountains that have plagued you since you were young, and you’re trying so hard. Keep fighting, fight until you have won. Fight until you have found your way home, until the sun comes back and your heart learns to love the mornings again.”
T.B. LaBerge, Go Now

“God has not been trying an experiment on my faith or love in order to find out their quality. He knew it already. It was I who didn’t. In this trial He makes us occupy the dock, the witness box, and the bench all at once. He always knew that my temple was a house of cards. His only way of making me realize the fact was to knock it down.” C.S. Lewis, A Grief Observed

“This is one of the miracles of love: It gives a power of seeing through its own enchantments and yet not being disenchanted.” C.S. Lewis, A Grief Observed